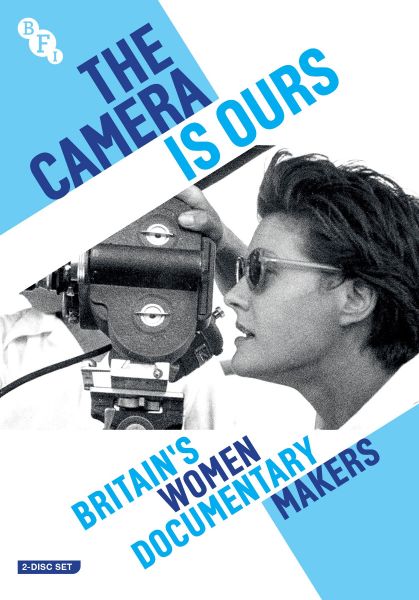 The project film Independent Miss Craigie came out on 28 March out as a special feature on a BFI 2-disc dvd collection, The Camera is Ours: Britain’s Women Documentary Makers curated by Ros Cranston. The dvd set includes Craigie’s film Children of the Ruins, about the importance of education in the wake of fascism, and the impact of poverty and conflict on child development, which Craigie traces to before World War 2 as well as the disruption of war-time. Alongside Craigie’s film are a number of documentaries by under-recognized women directors from Marion Grierson’s poetic Beside the Seaside, 1935 to Sarah Erulkar’s vivid Something Nice to Eat (1967). Also included is a booklet of essays by Penny Woolcock, Molly Dineen, Lillian Crawford, Reba Martin, Carol Morley, Patrick Russell, Jeanie Finlay, Lizzie Thynne, Katy McGahan and Girish Shambu about the films in the collection – these and the inclusion of our feature doc on Craigie’s career contextualizes this period and is a bumper extra on this fantastic resource for women’s film history. BUY HERE